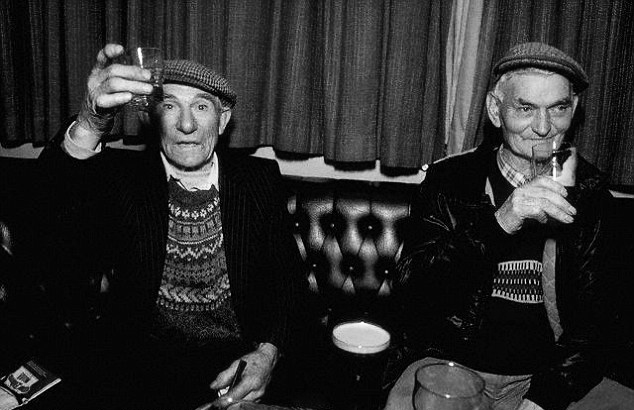 I’ve had the Marksman in my sights for a while, but have been unsuccessful in ticking it off until now. One of my previous failed attempts was due to a bank holiday kitchen closure, and as it happens that afternoon wasn’t marred by disappointment, but fortunate discovery as we decided on Bella Vita at Broadway market, and happened to taste the most sublime crab ravioli in London, heavenly pockets of crustacean royalty encased in fresh sheets of pasta – all enough to ensure the first choice of venue was the last thing on my mind.

The Marksman public house has been a trading pub since 1869, and as you can imagine has a legion of session drinkers not quite willing to let go of their favourite watering hole, so on the one hand you have a thirty something Hackney foodie coming to sample a casual red mullet with fennel and bergamot sat next to Ernie who is content to sit for hours sinking flagons of IPA. This clash of cultures is one of the most endearing parts of the Marksman – even if it does seem that Ernie has probably been here since 1869.

Sitting down to pore over the menu, and the small yet focussed selection of dishes on offer threw up numerous possibilities, so between three of us we ordered a small smattering of starters to share and plumped for our own main courses. Opening up we had some crispy pig skin, which was aerated and satisfyingly crunchy…the piggy popcorn gets thumbs up from us all. Cornish crab was the next to arrive and was the disappointment from round one, it was a little too subtle and was crying out for a kick of citrus, and had the unwelcome addition of quite a bit of shell. Rounding off we had clams which were pleasant enough with a sauce bordering on a classic marinière style, but with more boozy bite and less cream.

My main course of treacle cured pork belly was one of the more accomplished dishes of the day. Slow cooked and juicy it tasted remarkably like a frankfurter, which was wholly unexpected but certainly pleasing, as was the baby onion garnish which reminded me of pickled silver skin onions and had the same palate awakening sourness, coupled with a breath taking dollop of homemade mustard meant this dish had it all. The fried potato side dish was equally rather special, imagine a deep fried dauphinoise, utterly decadent and the only time we sat in complete silence throughout the entire lunch. The Spring green side was underwhelming in comparison and desperately needed seasoning. 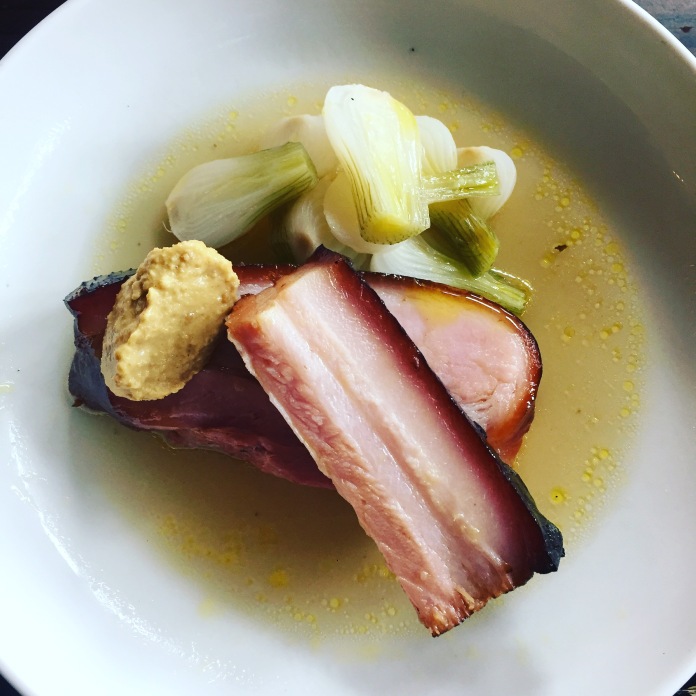 Brown butter and honey tart was ordered for pudding and even thinking about it now is inducing large jowls of saliva to droop from my mouth. Inconceivably divine, rich and creamy, with an almost digestive biscuit savouriness to the base. It lasted 5 seconds.

Attention to detail at The Marksman is excellent, from the stark white plates and bowls to the mismatched antique cutlery and the parchment paper for the menus, all work together to create a sympathetic aesthetic in an ancient East End boozer. Service was particularly charming and anchors the whole experience.

The Marksman shoots, and is well on target with its rustic, old school flavours all executed with modern pizazz.

Lunch for 3 £168 with a couple of glasses of prosecco and a bottle of wine. 254 Hackney Road, London, E2 7SL. Check website for opening hours (as they are very detailed and slightly confusing!) marksmanpublichouse.com